Today at the Intel store there was a cupcake making event, and so I got help from a few kids who came through the story, Mohammed, Milo, Noah and Alex to make a little game using the Makey Makey.  Here's a work video of our work:

It's a little out of focus, and the cupcakes had all been eaten, but this is the basic idea.  Milo, Mohammed and Noah drew characters on some pieces of cardboard that were left over from the boxes the tools came in, and then cut out their characters.  We made image files and inserted them into a Processing sketch using the Makey Makey.  I grabbed some code from fellow tech disruptor @carlynorama Carlyn's GitHub and we modified it so that we could move our characters around the screen and change character by pressing cupcake buttons connected to the Makey Makey. 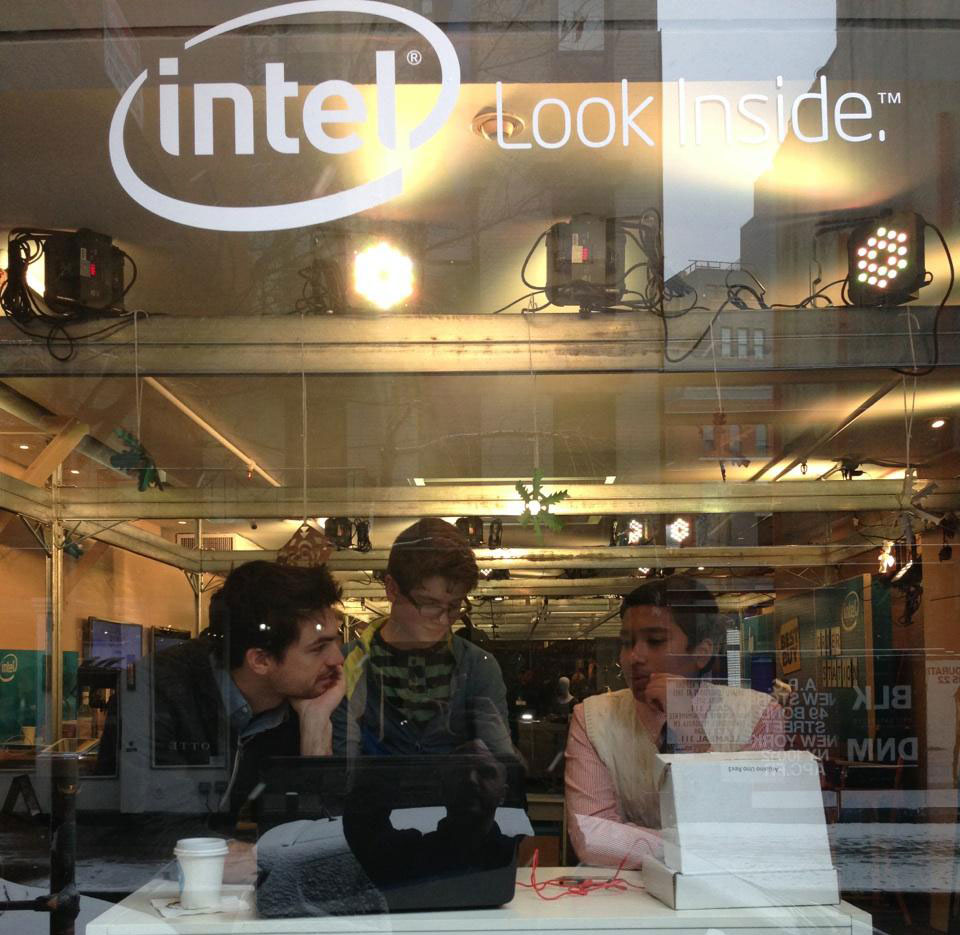 There's a shot Mark took of us from outside where Mohammed and Milo are helping me decide what interactions to give our characters.

Working on Processing with these guys was a lot of fun.  They picked up certain concepts very quickly, like variables (Milo was really excited about variables) and if then statements, which they helped me write.  At a certain point, when  we decided we wanted to switch characters, I realized we were going to have to make a character class, so I started explaining the idea of object oriented programming.... and then I lost them.  But I was able to get that done while they were making cupcakes and go back to fun variables and if then statements, so it turned out okay.  I remember it being pretty tricky to understand classes and objects when I was in CS101, so I don't blame them for losing interest at that point.

Here are the characters, Milo, Mohammed and Angel Derp by Noah. 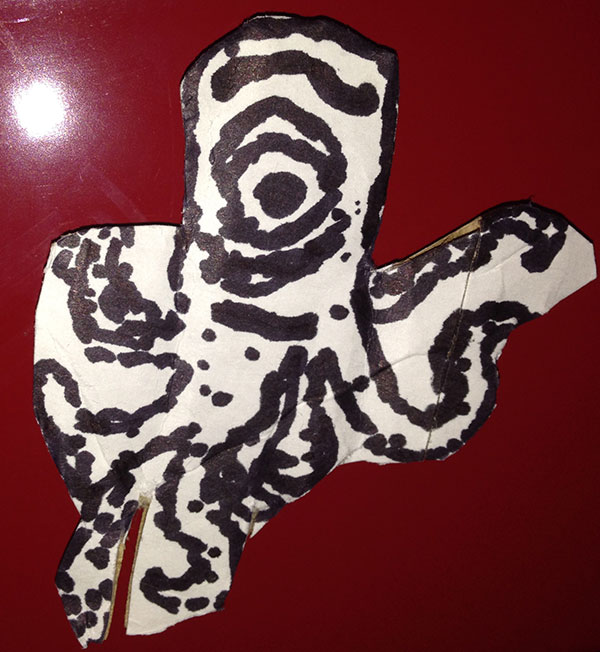 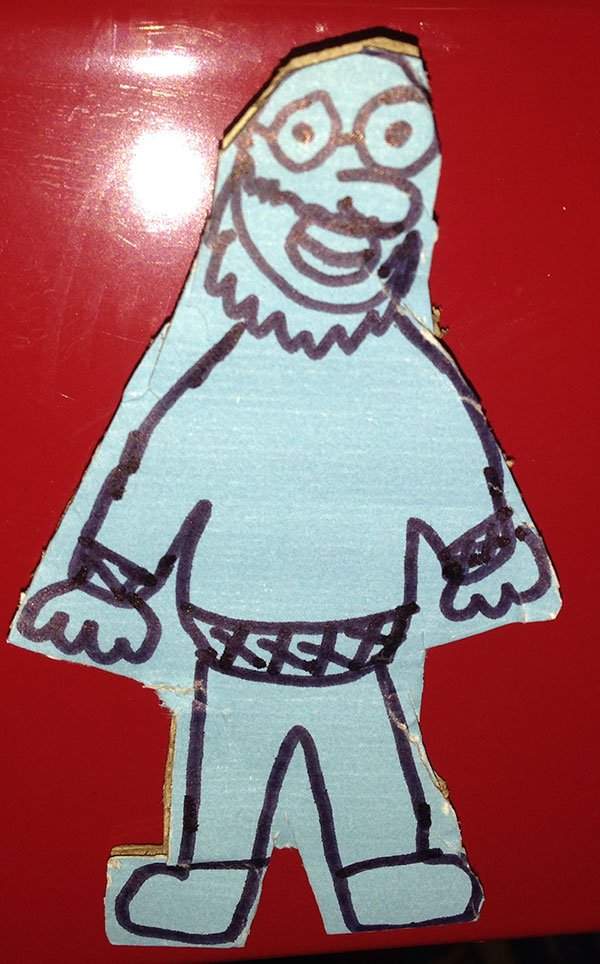 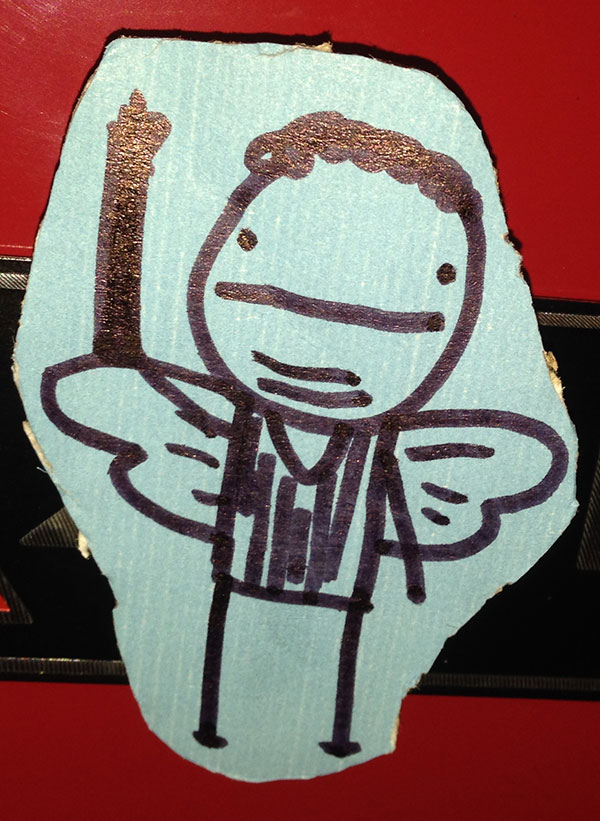