I'm on the way back from a great experience at the artists residency at Contemporary Artists Center at Woodside in Troy NY, and finally getting a chance to write a recap of the workshop that I led at Intel on January 2nd.

I had spent a good amount of time working on different ideas for circuits using easily salvageable materials and simple analog circuits.  After working in the store for a month and interacting with different kinds of people in the store I had the thought that understanding simple analog circuits is a great way to get people interested in electronics and making.  Using more complex technology like Arduino and Raspberry Pi are really great, but there's so much you can do without having to use expensive products or a computer, which are required for Arduino based projects.  Arduino is a great tool for prototyping ideas and making quick projects, but its an expensive thing to use for a project that you want to be permanent or need multiples of.  There are a lot of projects using Arduino that could just as easily be done with simple electronics and integrated chips.  I found the 555 timer chip to be really versatile and easily available at Radio shack (for two bucks) or online for cheaper.  So I experimented with many ideas, audio, motor control, as I will recap in another post, and eventually settled on audio circuits.  I felt that making a simple audio oscillator would really connect people to the physical properties of sound and have a very clear demonstration of how they can control electricity.  I had a great reaction when working with Coral, who at first was very confused by what we were building, but when she first heard the sound she immediately connected it to her interest in electronic music and had a real understanding of why the circuit was cool and how it relates to the music she likes. 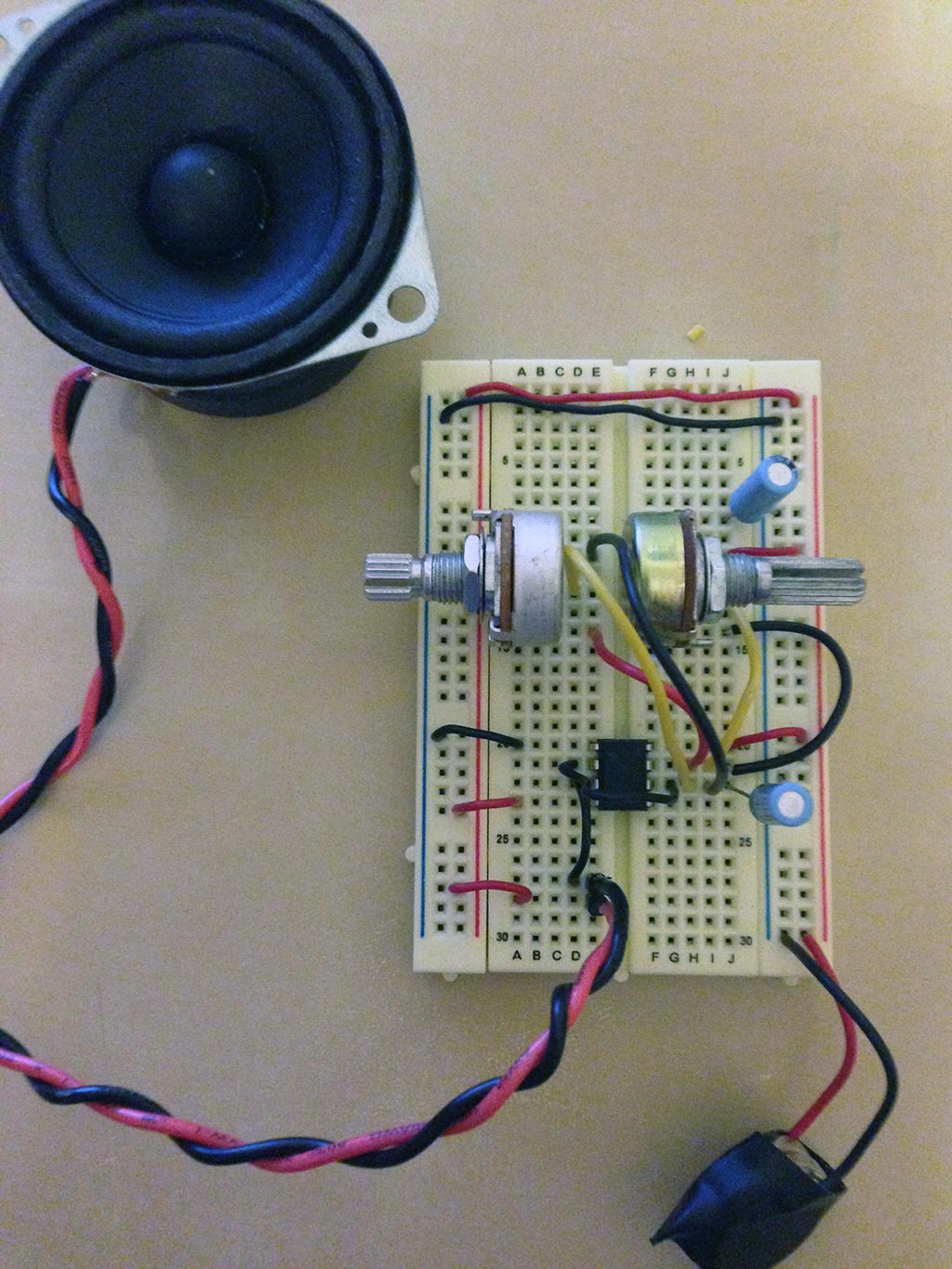 The circuit I came up with was a modification of one that I found on circuitdiagrams.org, and had some similarities with things I've seen on Make Zine.  The parts, other than the 555 timer, were all things that I had salvaged at some point during my time in the Intel store.

Here's a page with some notes that I created for the workshop, with more info.

On the day of the workshop there was a blizzard, the beginning of the storm called Hercules apparently, so the turn out for the workshop was a little lower than I had hoped.  I got enough materials for 10 people to make circuits, and ended up having 4 people who were there for the full workshop and built the full circuit, and a few more who passed through and listened.

The participants that did come, including some college and grad school buddies of mine, and a couple of Intel store regulars, were great though and I think they all had a fun time working on the project.

Here's a close up of Jenny working on her circuit: 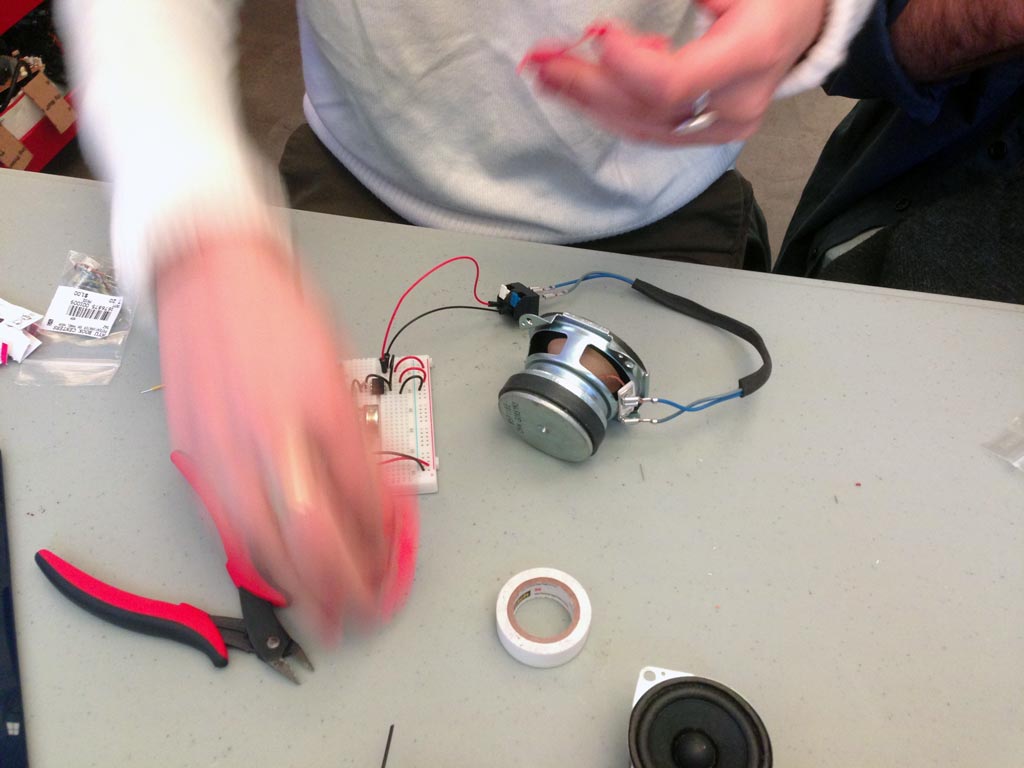 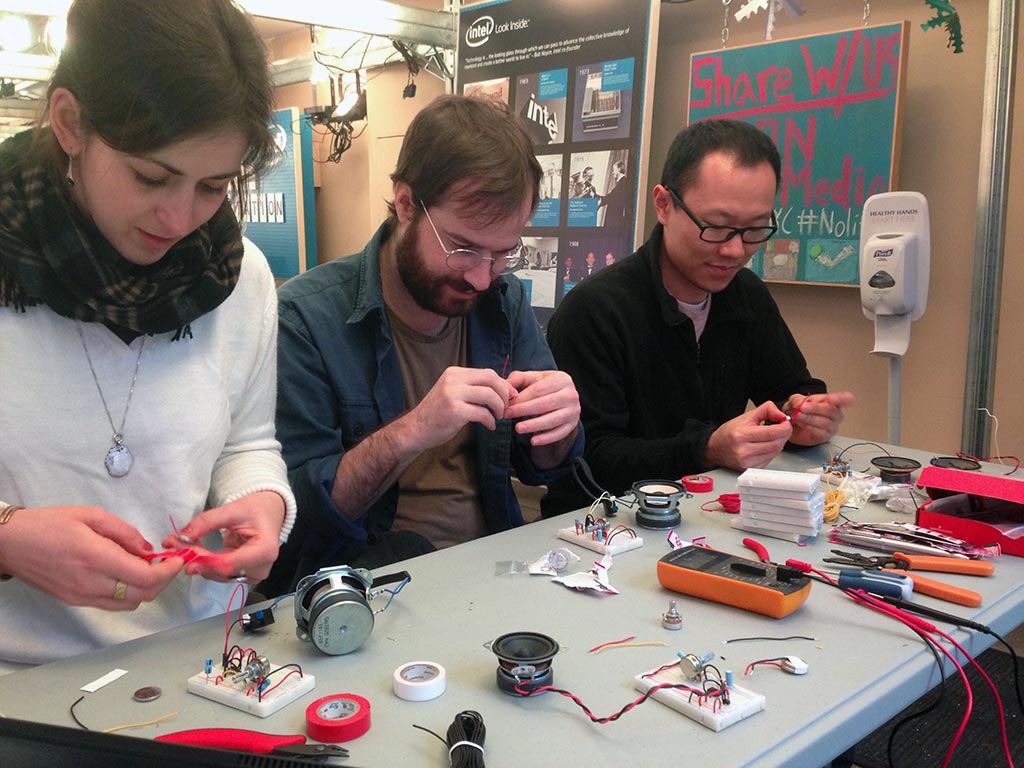 Nick has finished his! 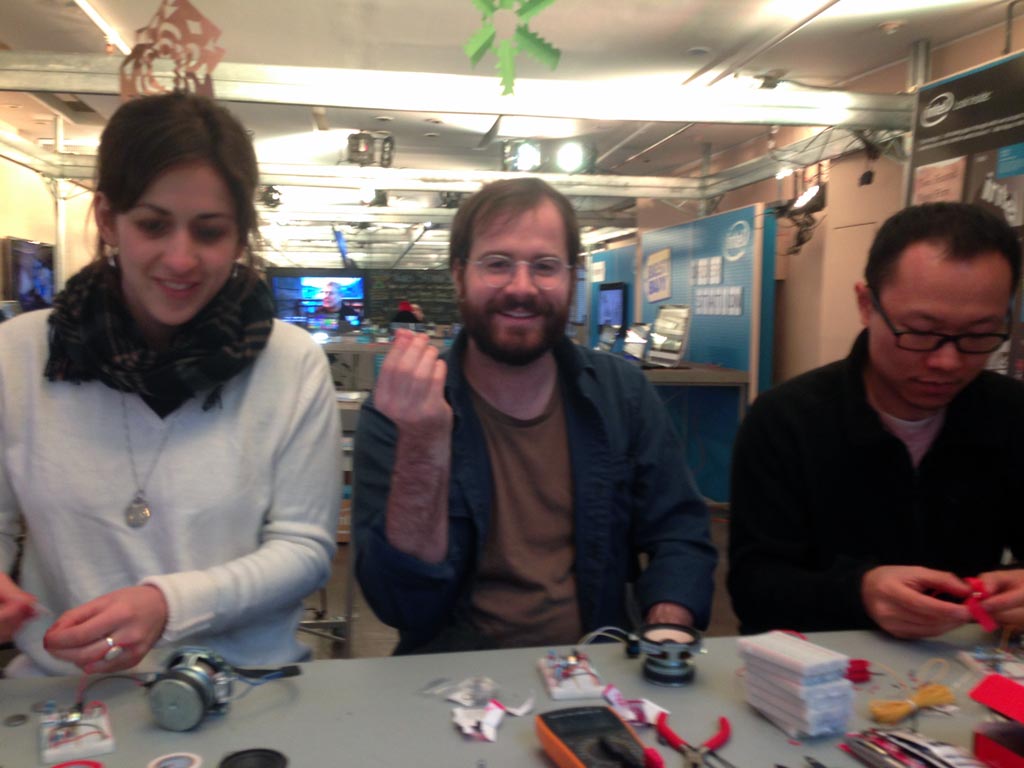