maker projects round up
Posted on January 20, 2014
in teaching

Here's a collection of some of the projects I worked on during my time at the Intel store with Maker Education Initiative.

I spent today working on that circuit using some parts from a clock radio Emmanuel brought in and built a little Intel puppet with the audio synth as a voice.

today I used one of the motor circuits I worked on yesterday, and, using a motor from a printer, a volume control from a cd player and an old cell phone power supply, I made a circuit to change the speed of a motor, and then attached a cute Hello Kitty balloon toy made by Shelley.

Today I found a printer in the recycling bin and took it apart to see what I could find. I found a bunch of little components, 4 DC motors and a stepper motor. I built a new circuit based on some of the 555 timer stuff I've been looking at on Make Zine but burned out one of my 555s. Oops! Hopefully tomorrow I can make something cool with all those motors. 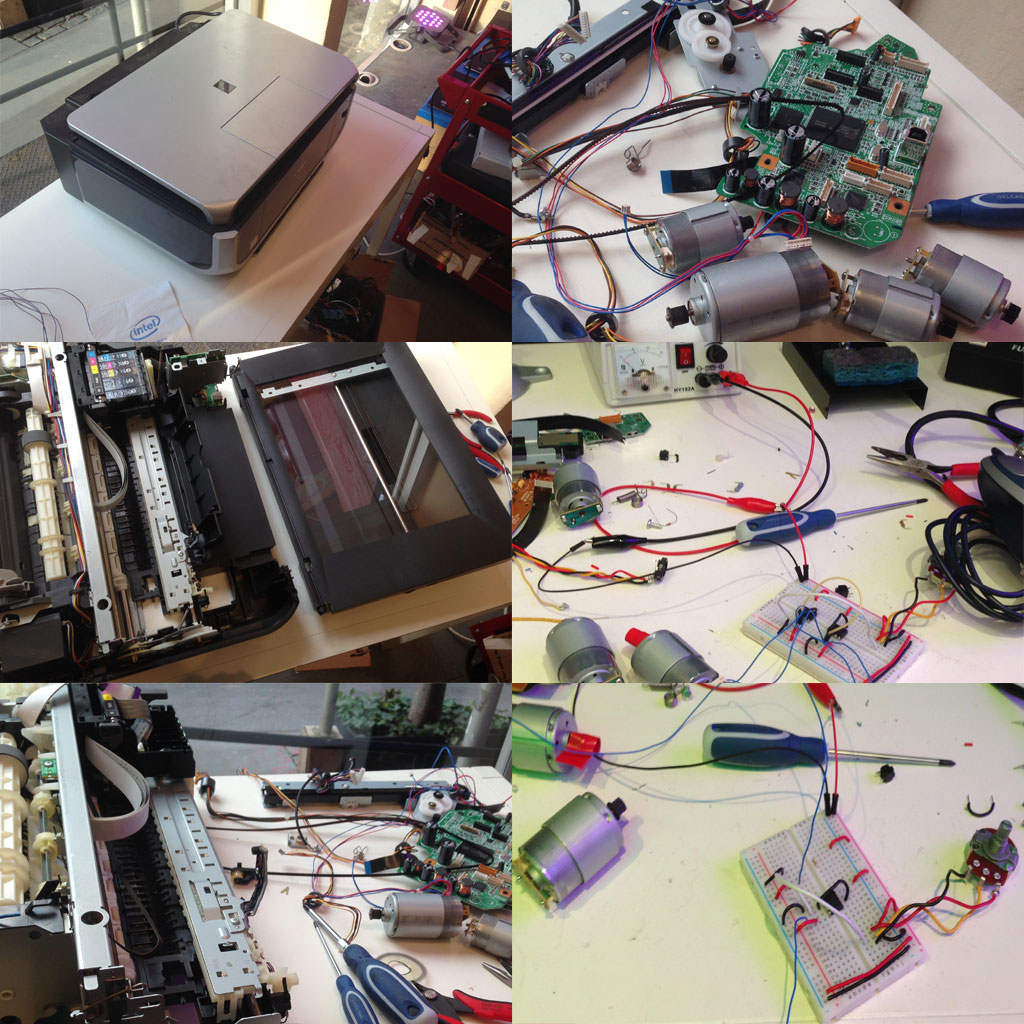 A reindeer with salvaged motor control draw with the help of a couple of experience agents.

A speaker circuit made from salvaged cd discman and a printer mother board.

A cupcake game made with the help of Mohammed, Alex, Milo and Noah.