Finally found time to finish this game I started working on last year at ITP.  I added some new characters (look for them in some videos and games in the future) and finished the maze generating algorithm.  The maze generating algorithm is based on the Game of Life algorithm, a variation of the cellular automata program that creates more lines rather than the basic shapes seen in Game of Life.  I've been playing around with different modifications to make patterns that look likes mazes and icons.  Eventually want to use this create characters as well as the maze.

This game isn't so much a game as an experiment for me to work out some ideas for other things I want to do.  Eventually there will be more complex games and videos using these characters and concepts.

To play, use the mouse to look around and WSAD keys to move the character.  Space bar changes characters. There are 10 green squares that regenerate the maze.  The basic idea is to get the players all together so you can see them and hear the audio together.  This will usually be possible, but the maze is generated randomly each time, so there are cases where you will not be able to get some players out of the maze.

Also, don't fall off the side, there's not catch to relocate the player back on the terrain. 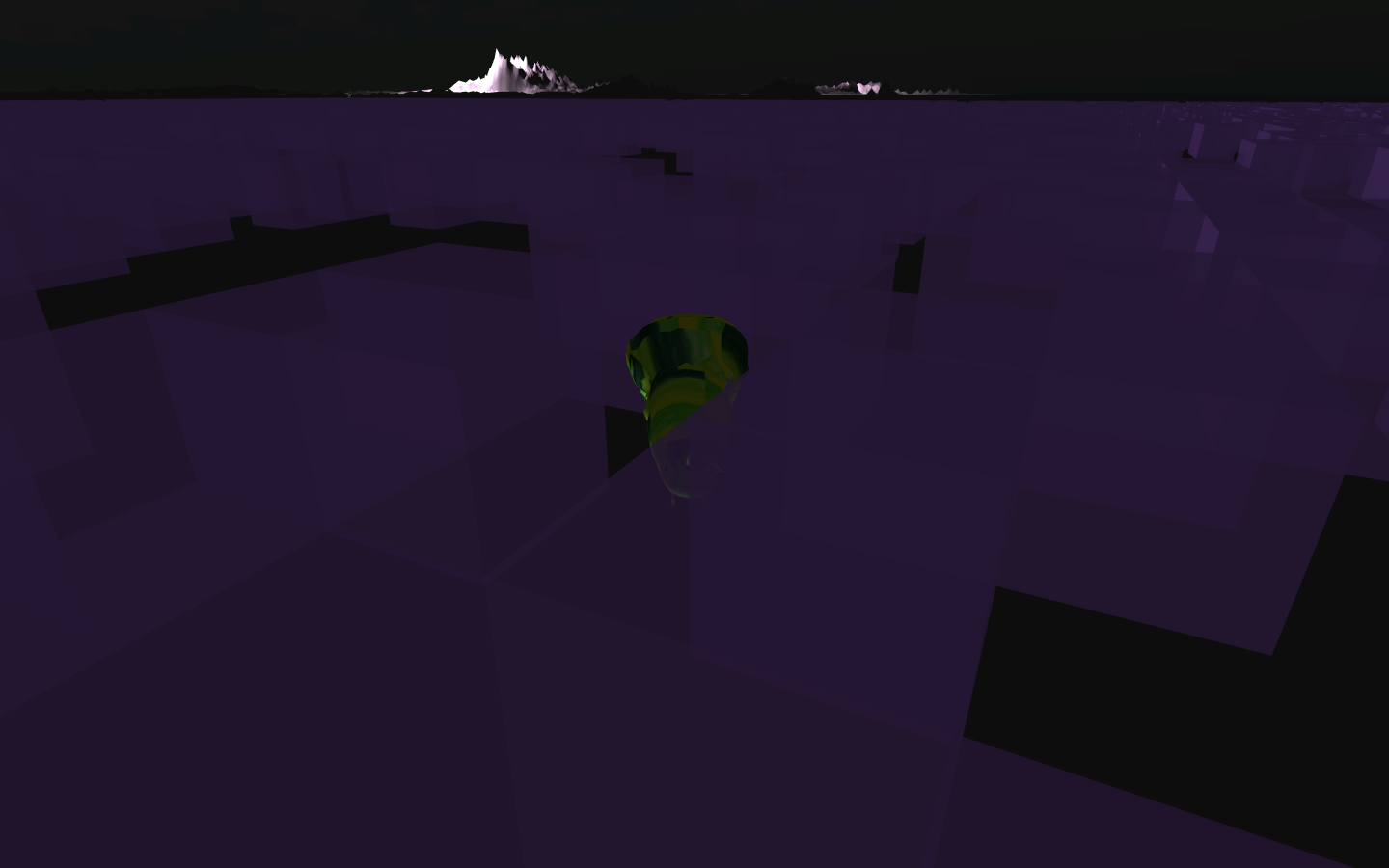 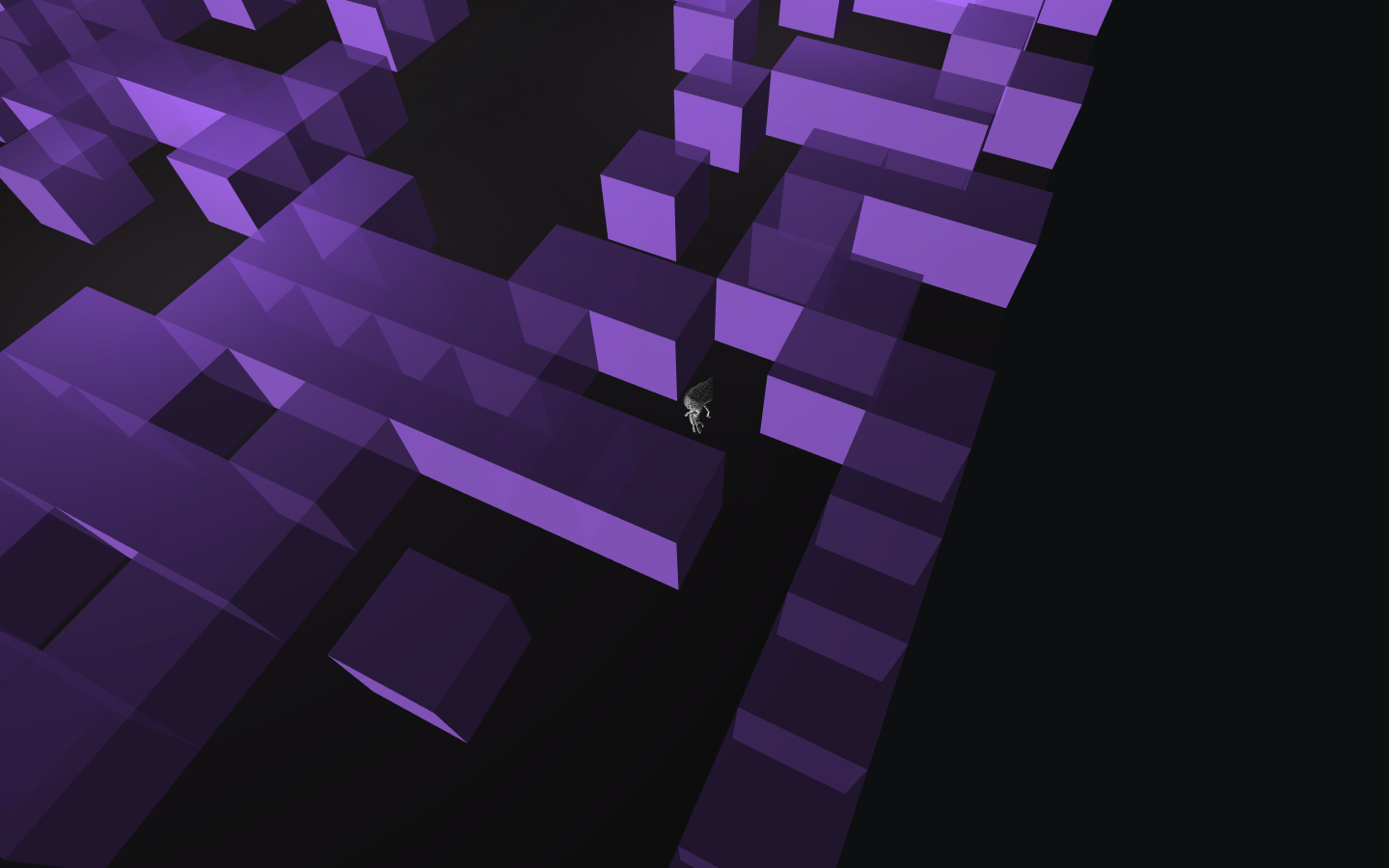 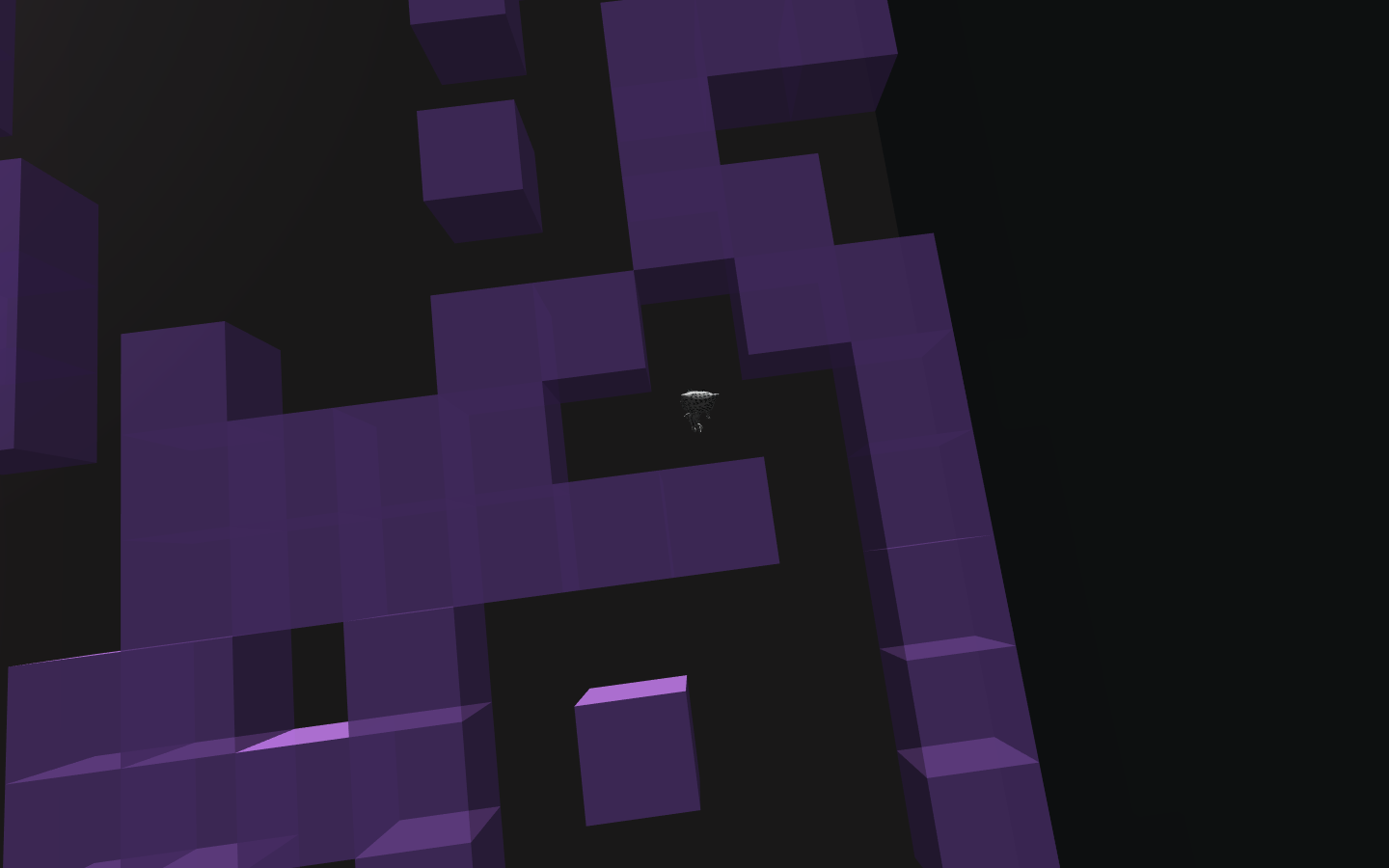 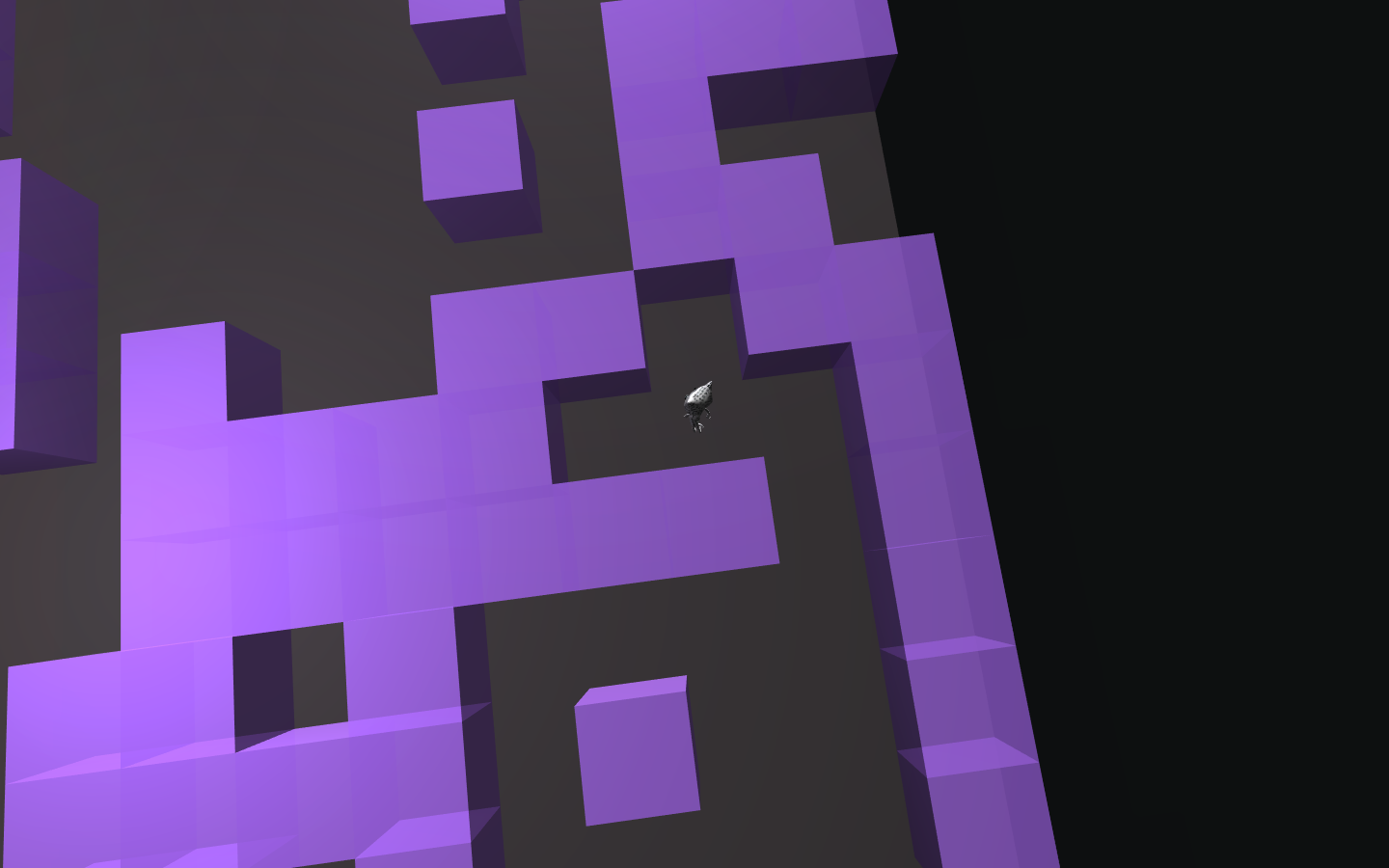 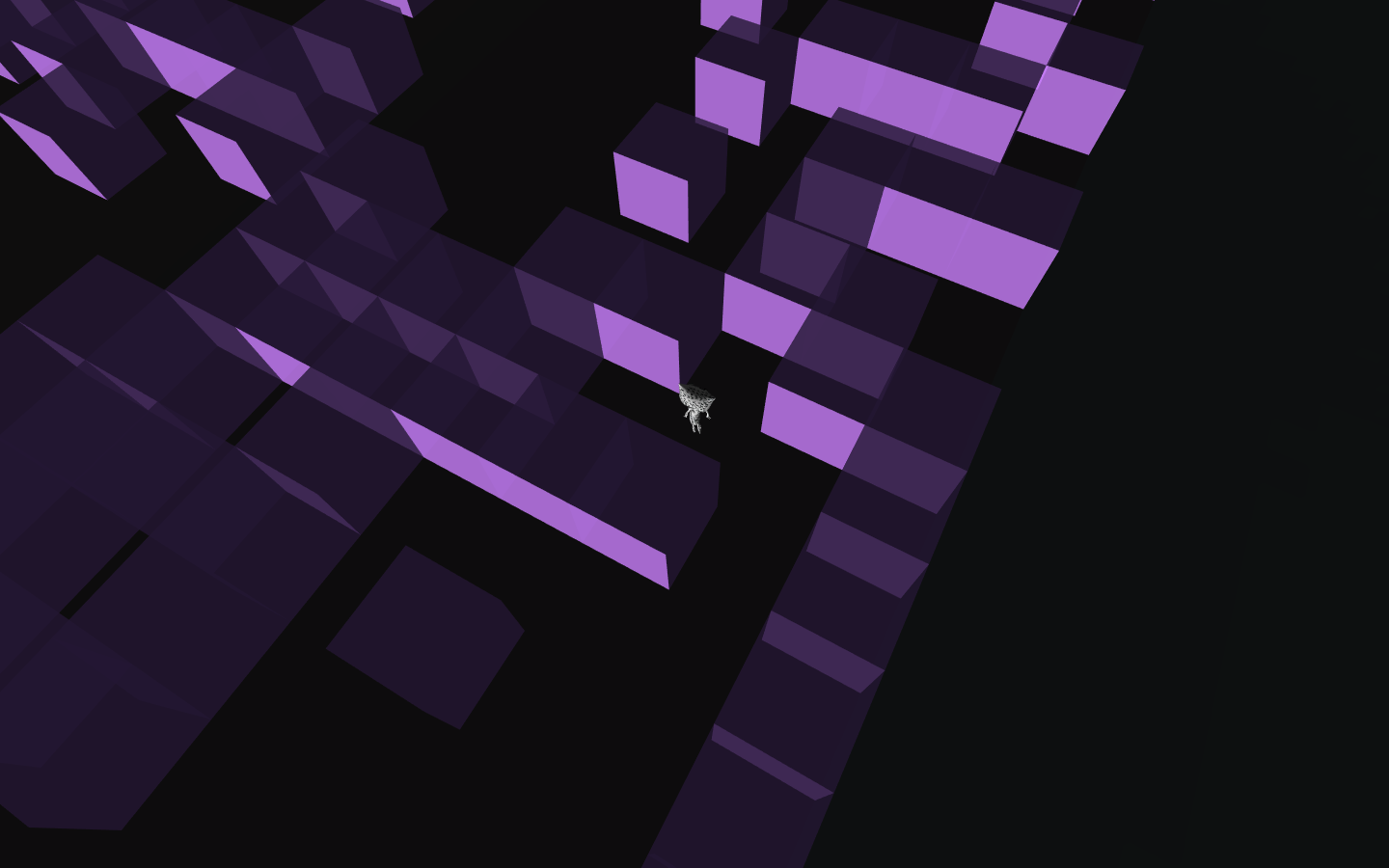