My updates about my time at Banff are coming a few days after the fact because I was a little too focused on the work I was producing to write anything reflective about it, which is often the case. It's unfortunate because one of the things I was hoping to get out of the Banff experience was time to think about my work without the pressure of producing that I usually feel while in New York. I did take some time to think and write about what I want to do as an artist and how my work is either taking me in that direction or not, and I think I had some insights into my own process but I spent most of my time, as usual, working pretty obsessively writing code and drawing to try to get my projects into a finished state. I did make some cool work, and though I still feel I'm not quite where I will eventually be as an artist, I think these projects represent steps in the right direction.

I did some good reading as well, which helped me think more about the art world/history and my place in it. I read Way of Seeing by John Berger, which was really entertaining and gave me some perspective on art that I never got from art history classes or other lectures. I also read The Language of New Media by Lev Manovich, which was for the most part really dry, but there were a few chapters about realism and computer graphics that were particularly inspiring. I read some of John Cage's Silence which is always nice and more poems by Alexandre Vvedensky which always get me in the mood to make new work. I found a random book while looking in the library for the John Berger book by Asa Arthur Berger calls Signs in Contemporary Culture which was amazing and funny, though I only read the beginning, I'll have to order it on abe books or something. And I read the copy of The Medium is The Massage I found at a street vendor in New York, which was really good.

In July, before going to Banff I was hurrying to finish two projects that had taken up most of my time since January, the interactive fiction app Lost.ly and an animation about a booger driving a bus. I didn't finish either, but I decided not to bring them to Banff, instead bringing blank notebooks and a clean hard drive to see what would happen. I kind of hoped I would play around with various ideas and maybe make some small things, but as my brain works, I ended up focusing on three projects and working a lot on each of those for one week out of three.

I did however, talk to some of the other artists about their practice, all of whom were making work in a "more traditional" mode than me, which was interesting to think more about how my work might be contextualized in the art world. Something about the narrative quality of my work, the fact that its time based, makes it feel less like "art" than what many artists are producing, still images or sculptures that have a certain quality, maybe lacking personality, or more vague, than the work I make, which directs the viewer into a specific experience. I've been thinking for a while about making prints based on my work, to have something more permanent and more physical, but I have a hard time assigning value to a single physical instance of an idea the way that it seems one must to to produce a physical work of art. I think ultimately I'm more interested in making books that can be viewed in a similar time based way to the interactive and animated works that I have been focusing on, and I've got some ideas for turning the digital works into physical books that I hope to make before the end of the year.

During the first week, I ended up creating an app which I'm currently calling "Toenail Swim." It was inspired by the confluence of a few events, one being my toenail falling off after I stubbed it playing basketball. It was pretty gruesome and it made me think about how we treat our body parts and how we relate to them when they're functioning and not. I also went for a swim in Lake Champlain in Vermont, and because my toenail was still taped on I was really worried I would lose it. I was also really interested in making a new app with a similar functionality to the Fart Comics app which was rejected by the App Store, which make the gyroscope of the device to a camera in 3d space, meaning the user has to move the device all around like a camera to be able to see the virtual world they are navigating and exploring. Swimming as an action made sense because I could allow the user to move in 3d space in any direction. The app has a lot of debugging left to do, but hopefully will go into the App Store soon. (App Store keeps being capitalized because I'm writing this on an iPad.) Here are some stills and the video introduction to the app: 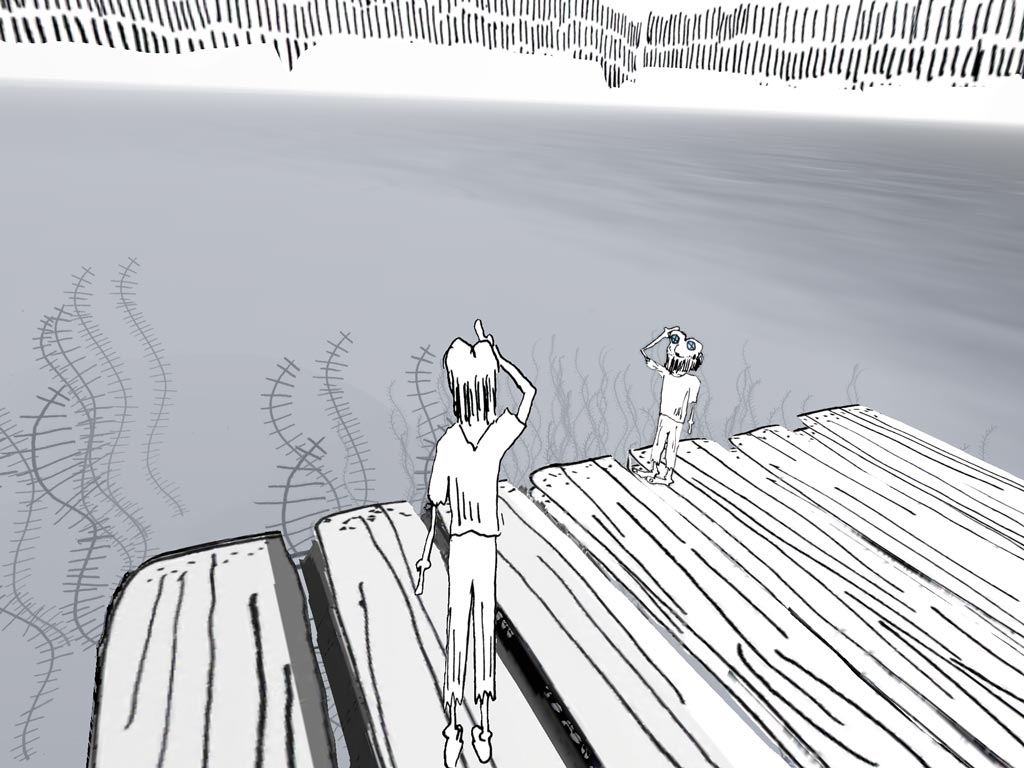 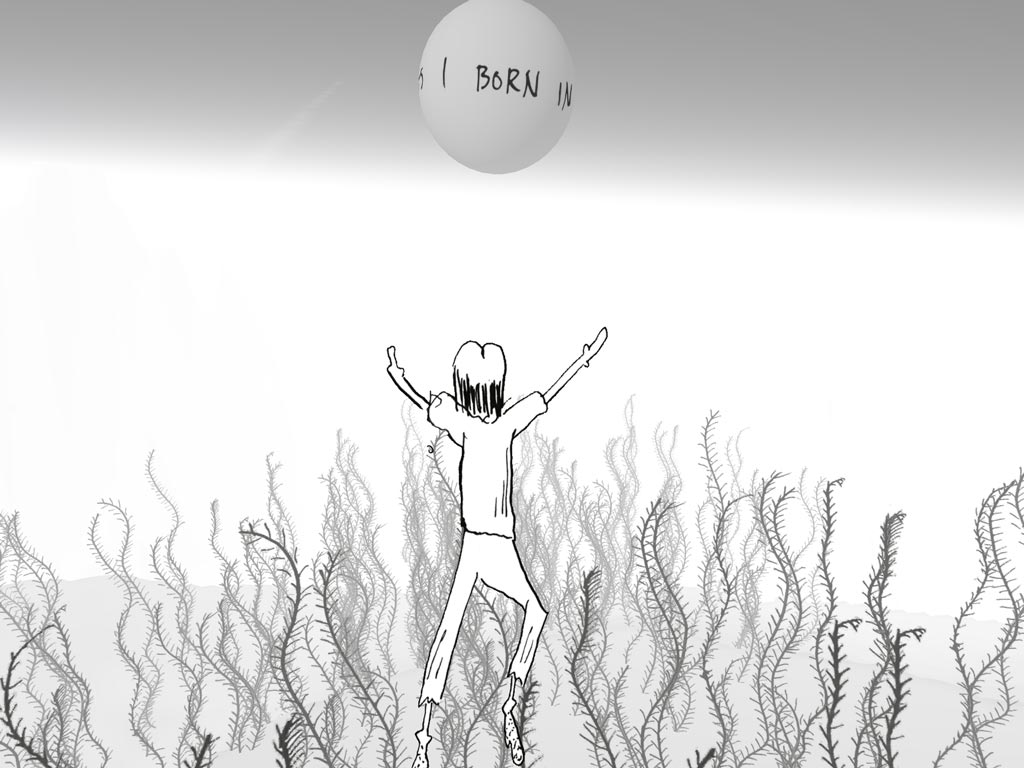 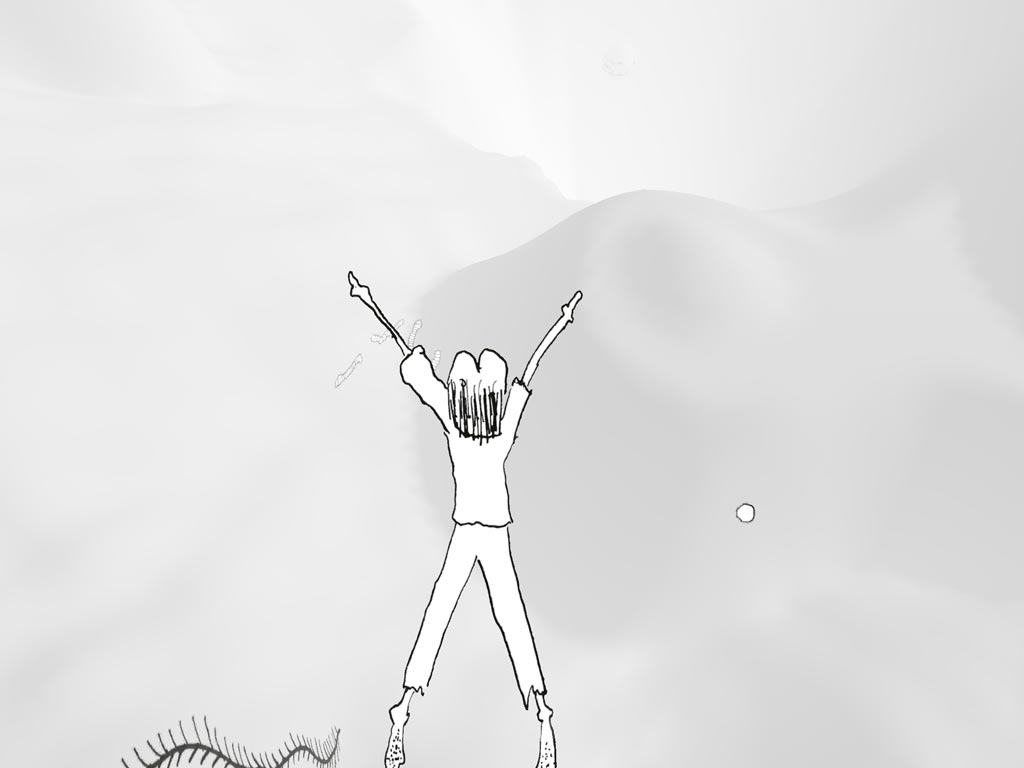 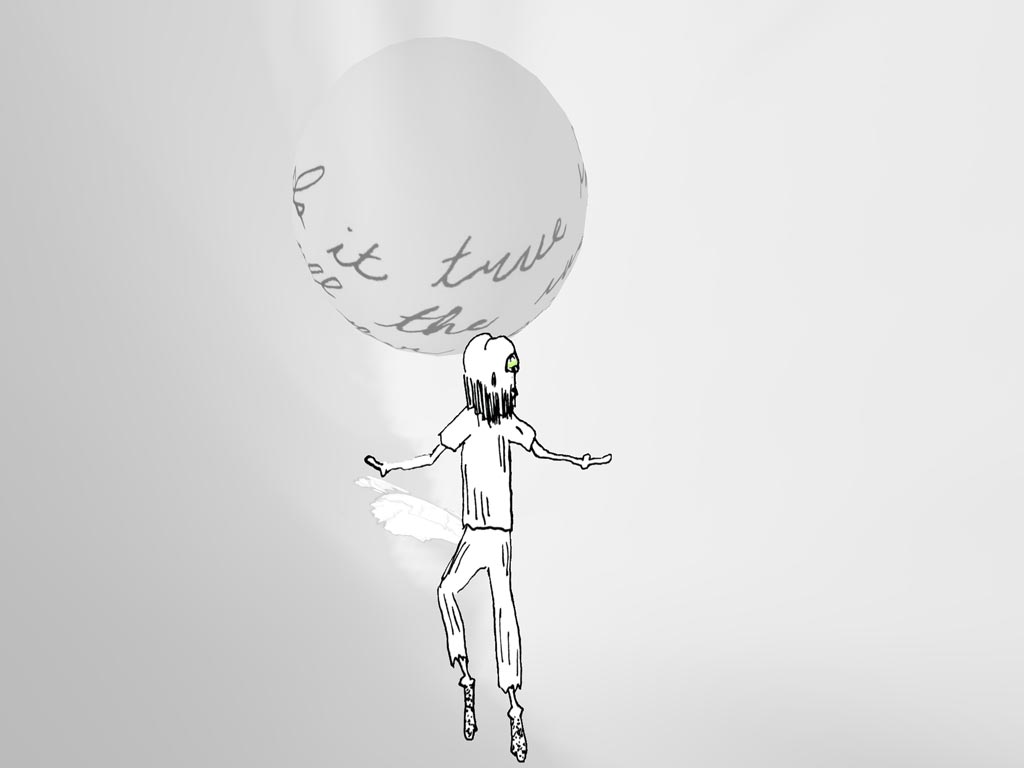 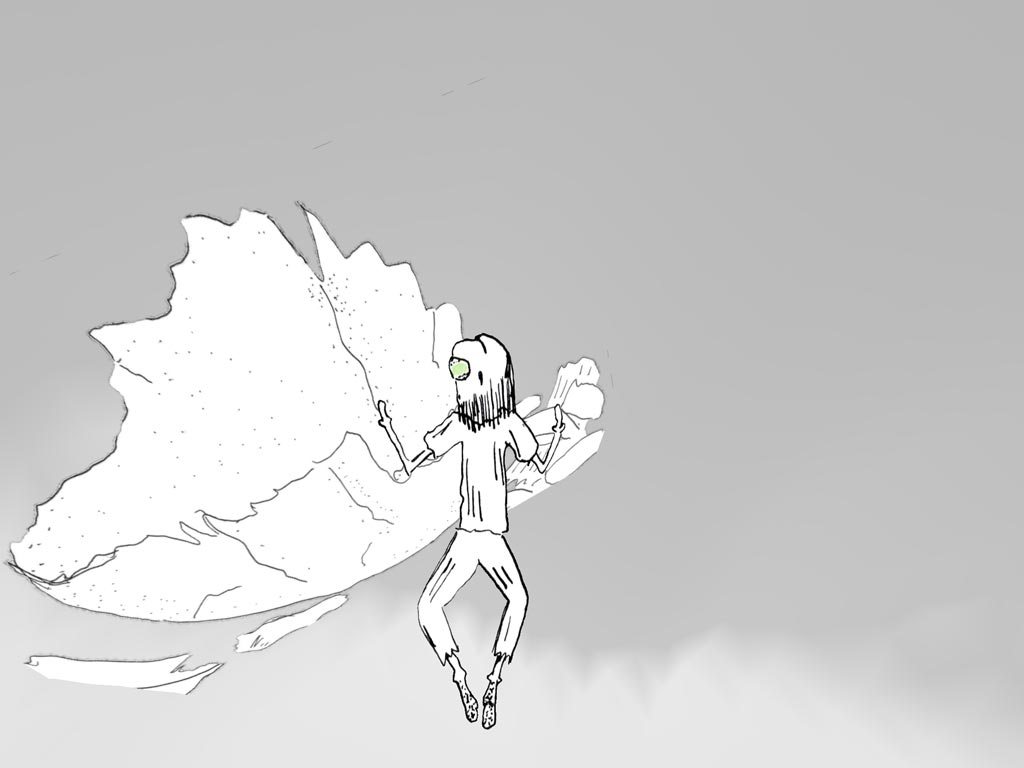 Banff in general was an awesome experience, I met a bunch of really interesting and cool artists and had great facilities.  Here's my studio, of which I used like maybe 15% in terms of total space. 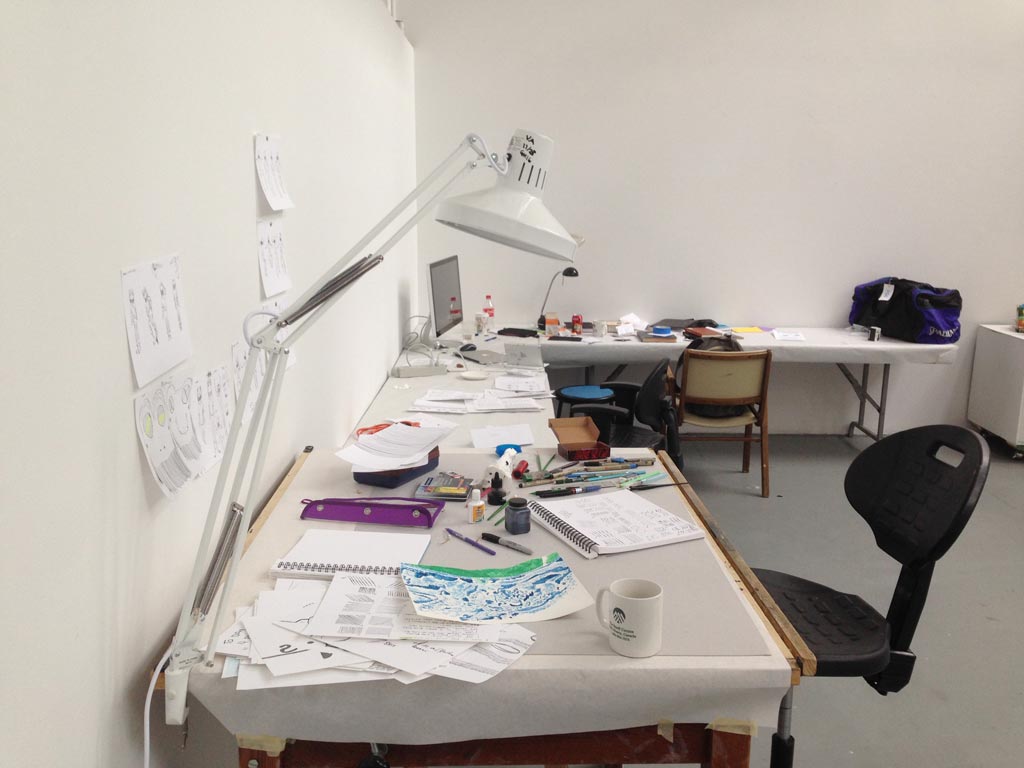