Last weekend I made a modification of the circuit from this workshop that I did last winter, using an FSR instead of the second potentiometer, to make a little 555 synth to use for the voices of the characters in Booger Bus.  I want to build a nice wood encasing for it, but I'll probably need more time to get some tools and stuff for the new shop.

The circuit and the case: 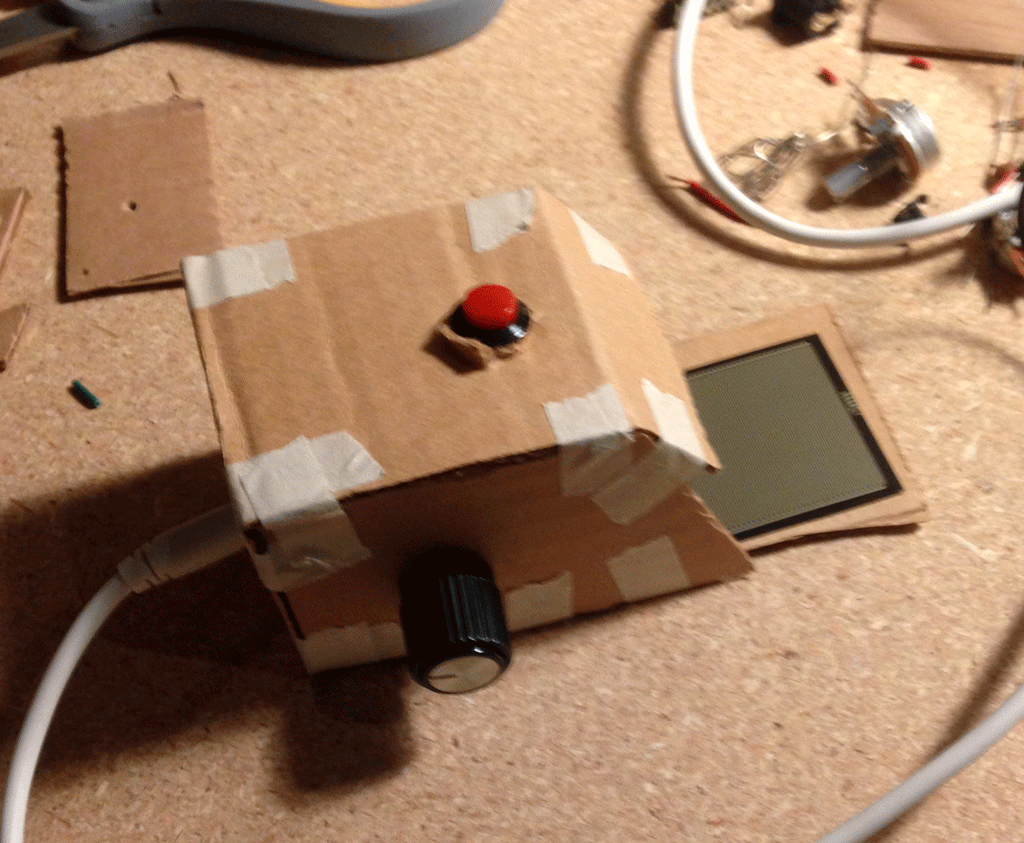 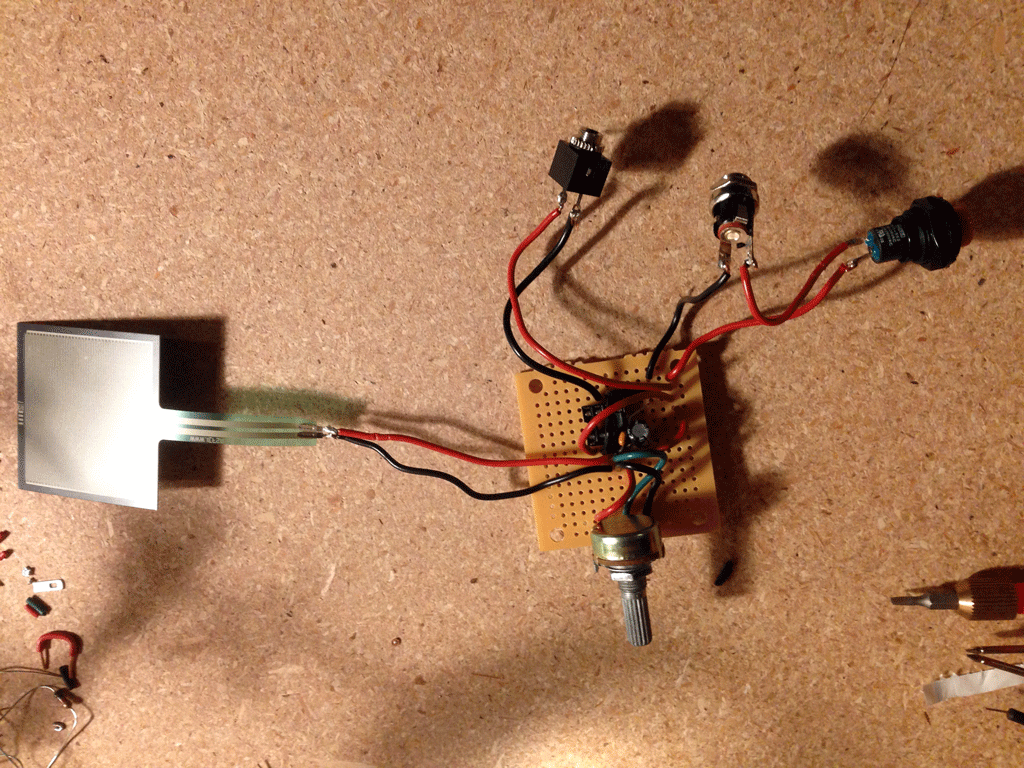 I put it together in pretty bootleg fashion, soldering each new lead to the base of the last one to put the circuit together, so I was kind of amazed when it actually worked after I plugged it in.  I'm going to work on a new synth that uses six (!) 555s and 12 potentiometer's for background music.  It's a little crazy sounding but I think it will sound cool.  Trying to decide is some pots should be replaced with "keys" or buttons so I will need to do some experiments first.