A lot of the time I completely miss news stories or events that I would theoretically be interested in knowing about but am too busy with work or whatever else to read enough to really get what's going on.  I was totally confused by "gamergate" earlier this fall and never really attempted to understand it until recently, when I read a bunch of posts about it.  I'm not super interested in the gamergate phenomenon, but I found Eron Gjoni's "The Zoe Post" to be really fascinating in the way that I enjoy reading other things in this vein like fan fiction or even Eliot Rodger's manifesto, which I wrote about earlier this year.

It's a hard thing to categorize, it's not really that it's amateur writing, and the characteristic of this kind of writing are hard to pin down, it includes fiction and non-fiction, it's both self conscious and naive, it includes "good" writing and "bad" writing in the sense of prose quality, logic, structure, other things that you might learn in a fiction workshop.  The similarity between The Zoe Post and the Eliot Rodger Manifesto is partly that they're both primary documents from guys doing highly publicized and misogynistic things, in Rodger's case transparently and in Gjoni's case maybe less so or maybe you could make an argument that it's not, but at least that's a theme in both cases, and they both involve a serious amount of self-mythologizing and self examination on the part of the author.

Obviously I'm not comparing the crimes of Eliot Rodger to this sort of ridiculous decision by Eron Gjoni, but the way the text is read in each case is similar, as a sort of diary or confession of a mad man.  I don't understand enough of the context to necessarily pass judgement on Gjoni, but my gut reaction generally is that even if Zoe Quinn was emotionally abusive in their relationship, the reaction of publishing a long, obsessive, privacy violating missive on the Internet seems unnecessary, and Gjoni's justification at the beginning, to warn people to be cautious of Zoe, seems absurd and short sighted.

But what's really interesting to me about this text, because I'm really not equipped or interested in making political or psychological or any kind of judgement about it, is the way Gjoni frames the whole thing, their relationship and the strange, sort of alienating power game that it involved, as a game, while of course they're both involved in making video games.

When he's describing the beginning of their relationship he writes:

I was enamored, but after a while she caught herself ranting and asked about my interests and from there we discussed all sorts of stuff from art to programming to neurology to artificial intelligence to philosophy to how the “is it a game?” argument has literally been going on for a quarter century before video games even existed.

Through the rest of his dissection of their relationship he refers to "games" that they play, with "rules" like:

This is either a pretty interesting literary device or a totally absurd way to talk about relationships or both.  The thing is I have no idea if his "is it a game?" question in the beginning of the text is supposed to inform all of the following "games" that he uses to describe this psychological aspect of their relationship.

Then there's the facebook logs he posted.  Even I wasn't interested enough to read all of these, but I did read a lot of them.  Partly it's amazing that he wanted to publish this stuff given how narcissistic he comes across in them, but I guess that a paradox of narcissism (or something).  But it's interesting because this is the kind of stuff I really love using as source material for fiction or games that I'm working on, dialog and stories.  I'm pretty fascinated by these very coarse and grammar-less communication modes, and even the annotations branching comments and all of that are pretty amazing.

But there's also the gut feeling problem, similar to reading Eliot Rodger, if less intense, which is that I really shouldn't be reading this stuff, or at least not "enjoying" it, or finding it interesting, or dissecting is as literature or whatever else.  Reading the response by Zoe made that clear.  The fact that this is available and exists is bad, bad for her and bad for the world in general, in a pretty non-ambiguous kind of way.  The fact that it's real makes this an issue, obviously, it wouldn't matter if it were fiction.  But I'm not sure if reading it like fiction is immoral or unethical. 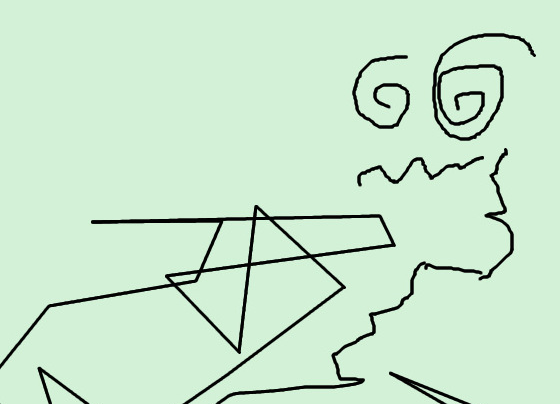